Where Does our Water Come From? 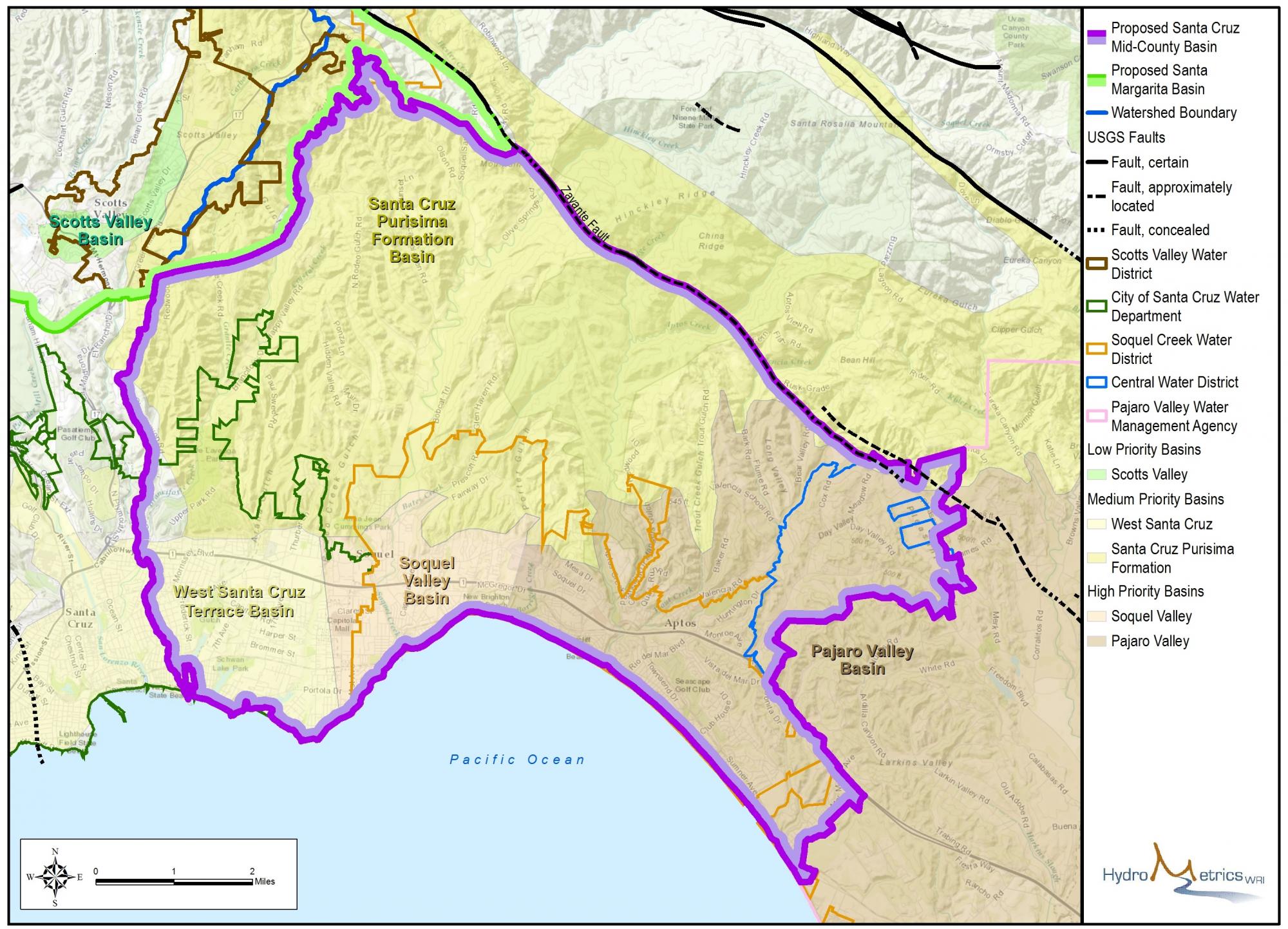 Unlike other areas in California that receive imported water from the Sierras or through the California Acqueduct System, all of our water is local and underground. That's right: 100% of the water in the mid-Santa Cruz county region comes from rainfall that percolates under the ground and eventually becomes groundwater. The Basin includes two primary aquifers: the Purisima Aquifer Formation and the Aromas Red Sands Aquifer. The Basin is shared with other pumpers throughout our area including Soquel Creek Water District, City of Santa Cruz, Central Water District, small mutual water companies, and private well owners.

The Basin area extends from Branciforte Creek in the west through Aptos and La Selva Beach to the east; from the Zayante fault (somewhat below Summit Road) in the north to the ocean in the south.  For information on our basin boundary and how it was defined, see the Basin Boundary Modification Process page.

Our Basin is Overdrafted and Unsustainable

Our shared groundwater Basin is currently in a state of overdraft, which means more water is being extracted than can be naturally replenished by rainfall.  This condition has led to seawater intrusion detected at our coastline and, if left unresolved,will contaminate the groundwater wells (municipal and private wells) and make them unusable to produce drinking water.