The Santa Cruz Mid-County Groundwater Agency (MGA) is excited to announce a project to map seawater intrusion in the groundwater aquifers offshore of the Mid-County area. In partnership with SkyTEM and Ramboll, the MGA collected and recorded geophysical measurements for scientific research purposes with a low-flying helicopter, using technology originally developed and used in Denmark.

The results of the survey were discussed at the March 15, 2018 Board meeting. That discussion is available in the video below:

The final report from the survey is avaialable below.

Here is a video of the helicopter in action 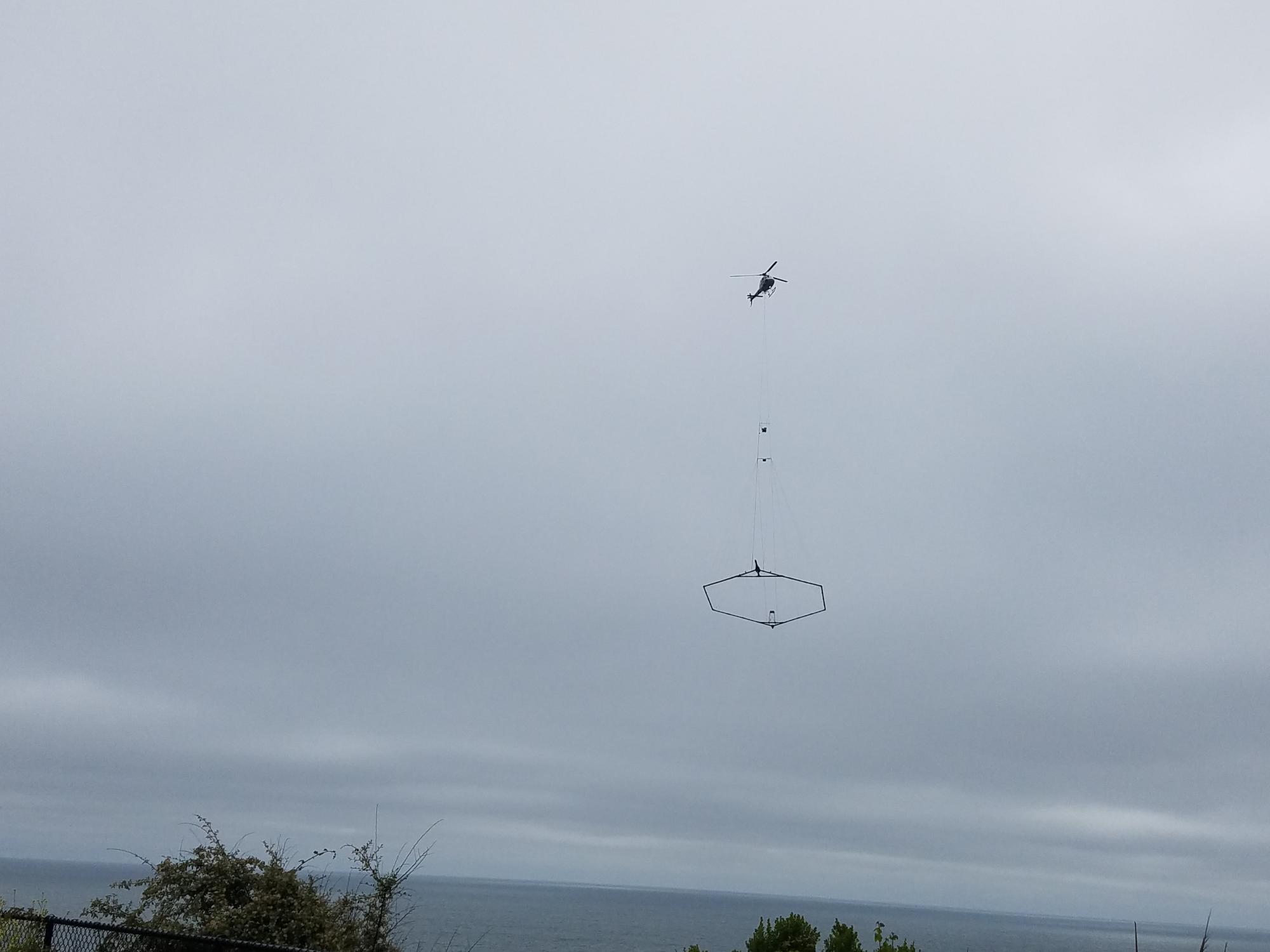 The SkyTEM helicopter-borne geophysical system collected measurements needed to identify where the freshwater/saltwater interface is offshore, essential information in understanding the immediate risk to coastal wells from seawater contamination. These surveys entailed flying relatively low to the ground (hundreds of feet above the surface) in a uniform pattern to measure electrical properties of the earth. Data collected during this survey will assist scientists in mapping groundwater salinity. 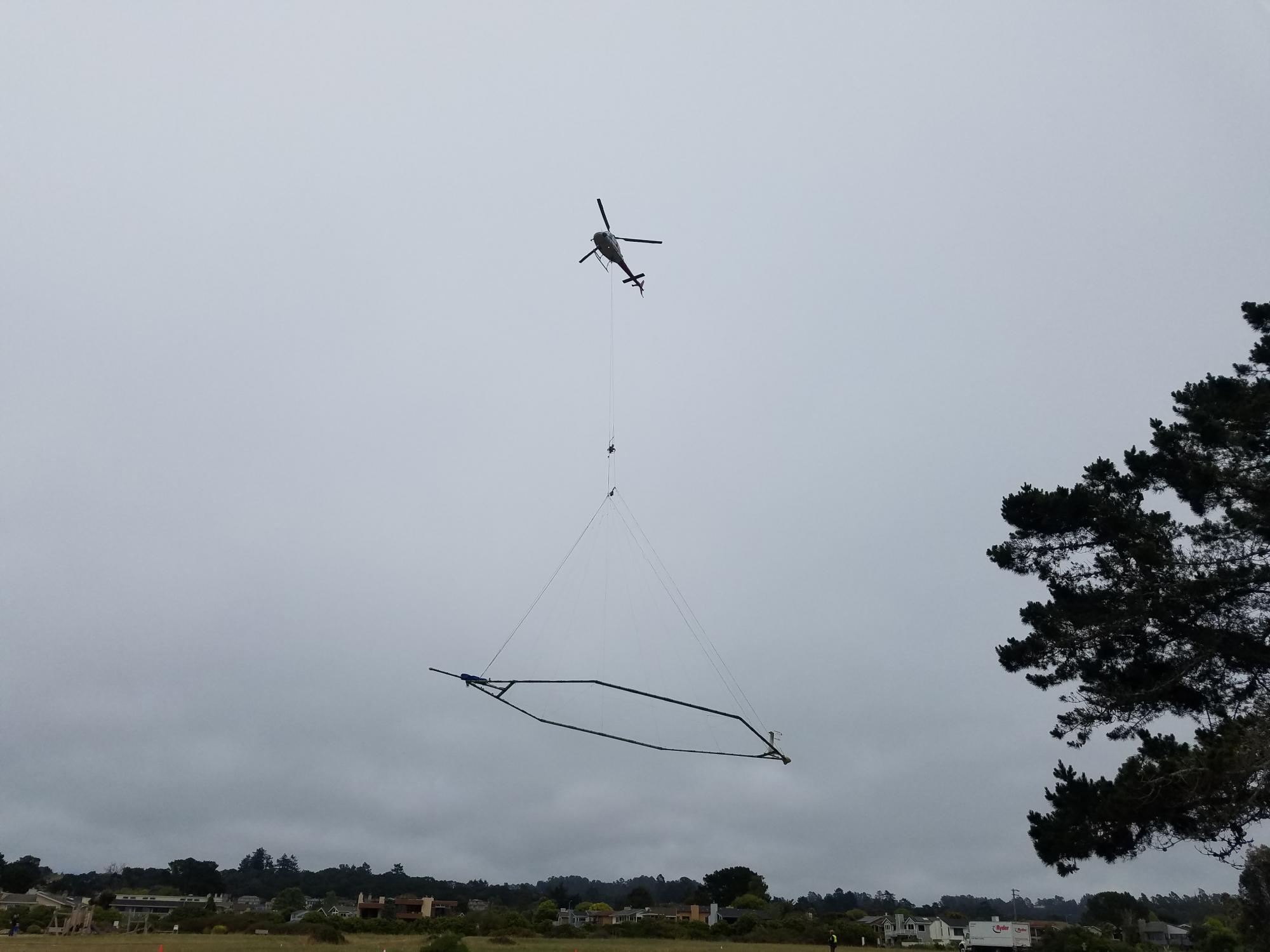 SkyTEM, a specialty airborne geophysical company, conducted the geophysical survey. They work with the Federal Aviation Administration to ensure flights are in accordance with U.S. law. The flights were outside of the restricted areas over the Monterey Bay National Marine Sanctuary.

Where:  Helicopter staging was at Seascape Park in Aptos, the work was conducted over the Monterey Bay from the Santa Cruz Yacht Harbor to the Seascape area, extending 1 mile off the coast.

Below is a video from some past work done in California using SkyTEM for aquifer mapping: